I met Payton Robinson though a summer camp called Superhero Cyborgs where kids got the opportunity to design their own prosthetic devices or exoskeletons. Payton had some really amazing ideas about what they wanted to see in their own prosthetics, and I decided to take some of these ideas to the next level.

The first innovation Payton was imagining had to do with the socket portion of thier prosthetic arm. Everyone knows that children grow quickly. Kids with limb differences are no different in this way from the rest of us. Prosthetic sockets, though are made from rigid materials that cannot change size as kids grow.

Their second idea was to create what they called a ‘swiss army knife’ of prosthetic attachments. Rather than creating a device with a hook or semi-functional mechanical hand, Payton and I decided to create an arsenal of kid-friendly and functional attachments.

(The video and some other content about this project refers to Payton’s given name, Aidan, and uses him/he pronouns. Edits are underway to match their preferred name and pronouns.)

Payton's Superhero Arm at the White House from Coby Unger on Vimeo. 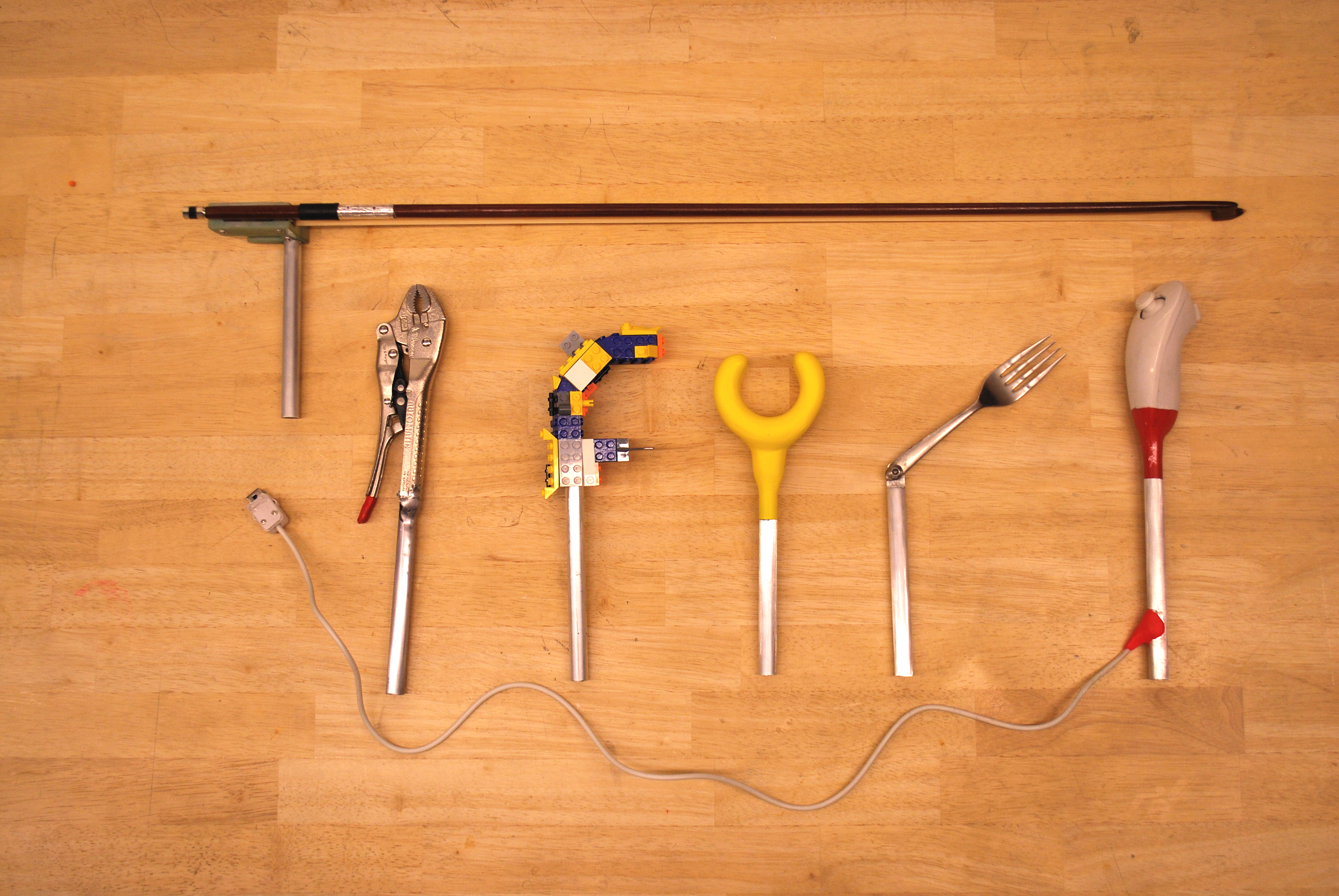 Payton was randomly assigned the violin in the school band but is unable to play with one hand. The Violin bow attachment will allow them to play in the band. 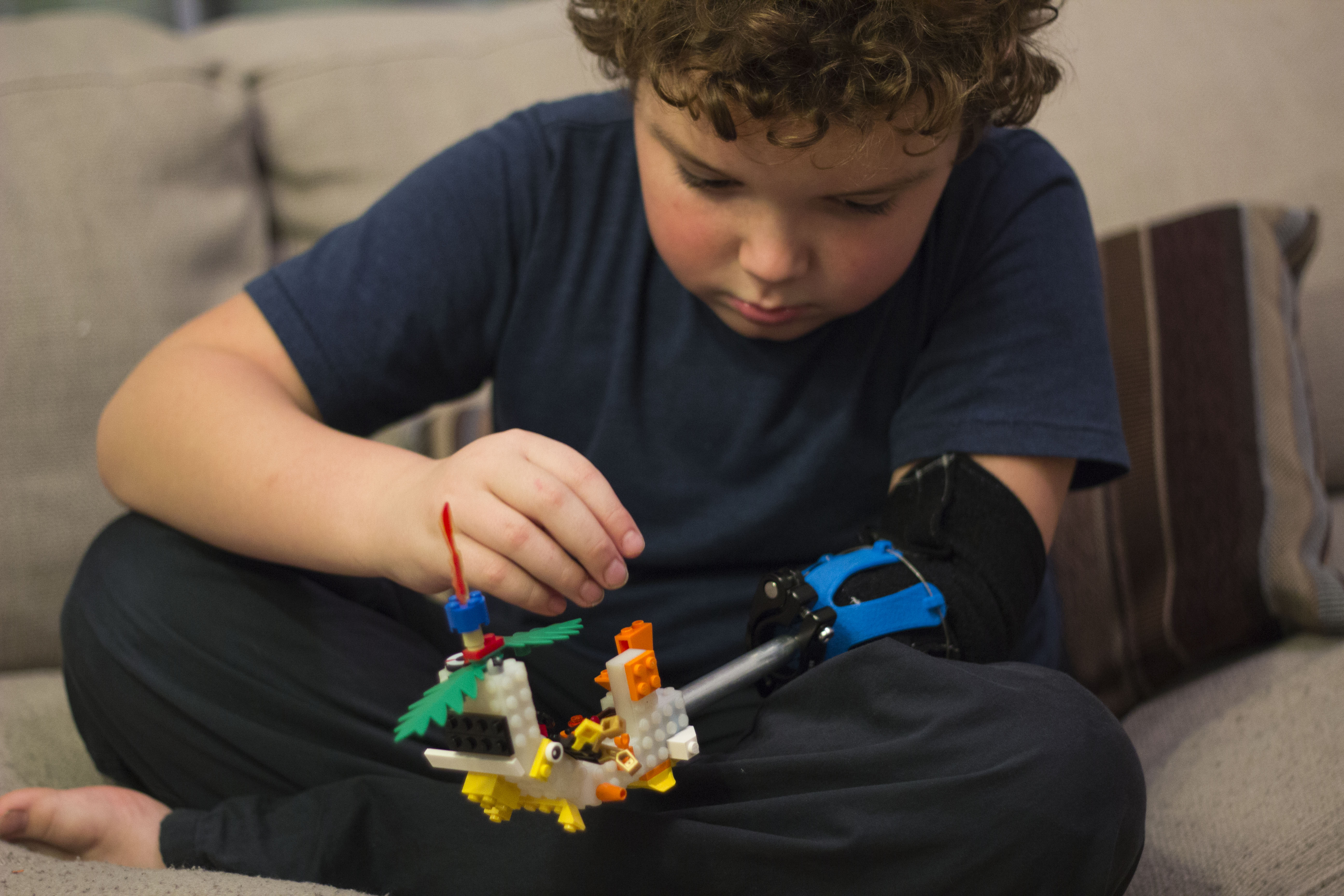 The LEGO attachment has two functions. First is purely as a building to for fun. More importantly it is a platform for Payton to prototype future arm attachments. 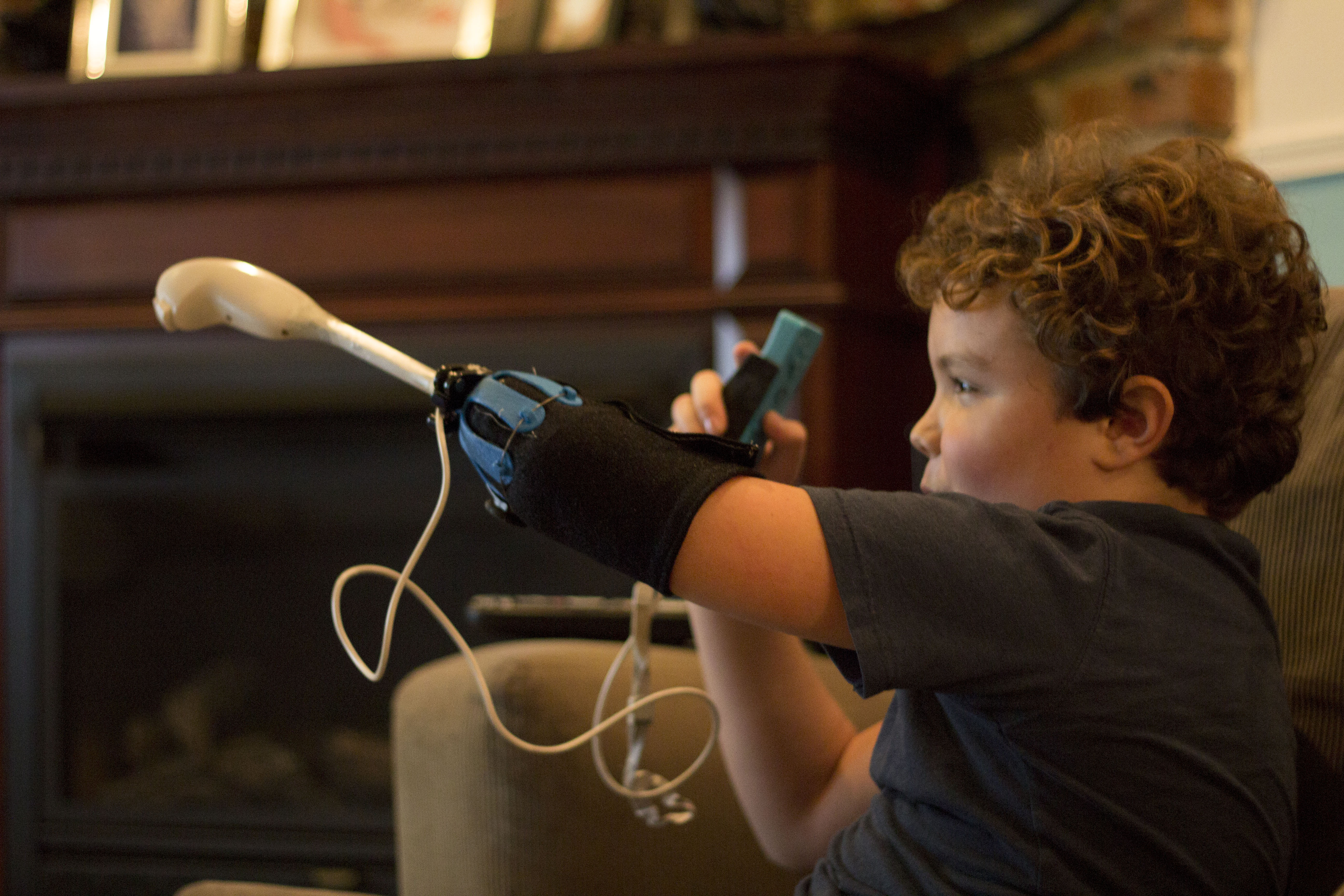 The Nintendo Wii uses a two handed interface. This attachment allows Payton to use both of the Wii controllers simultaneously. 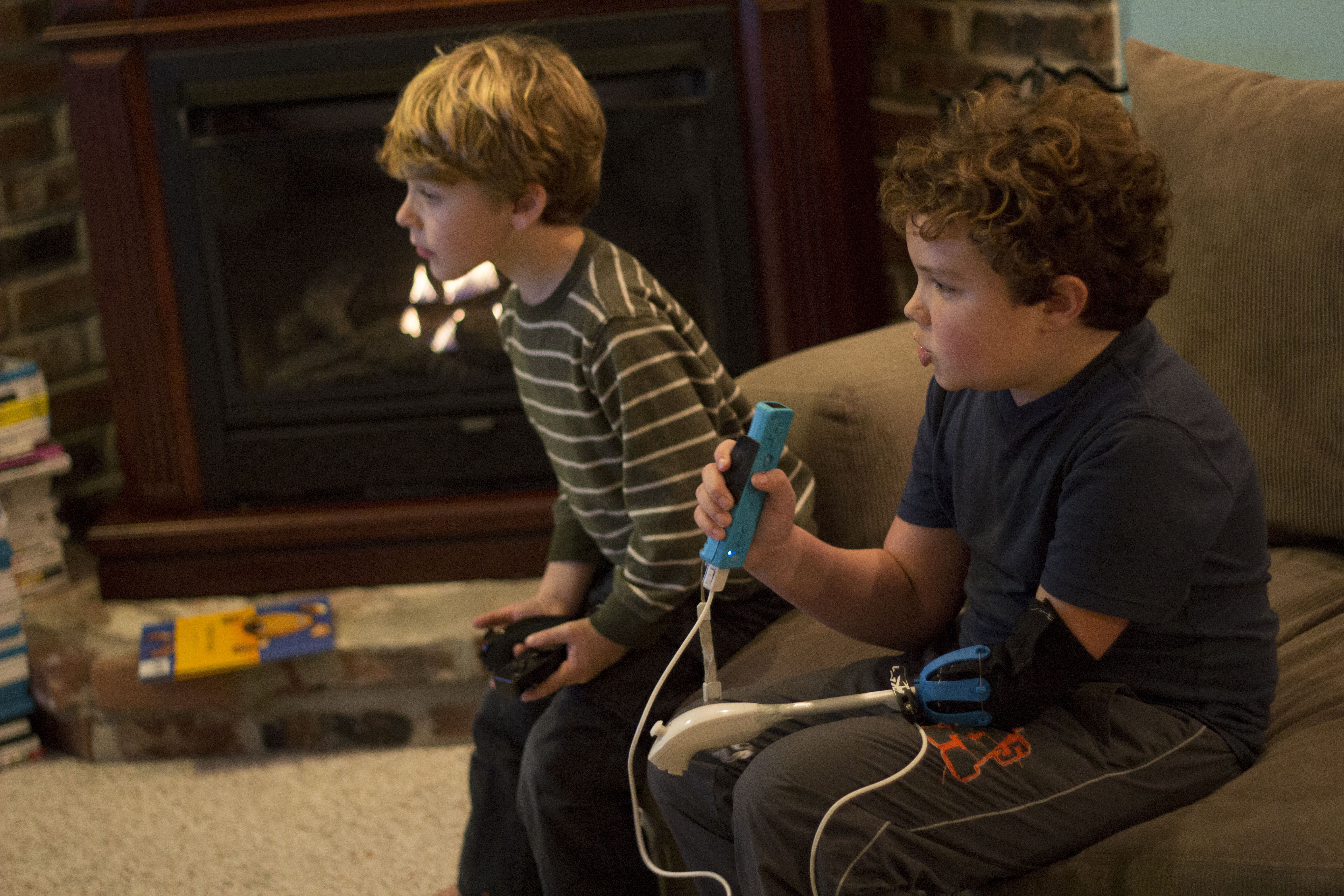 Payton and their brother playing Wii together.

This is the prototype Payton made during the Superhero Cyborgs summer camp.